The press release is dead – or is it the other way around? 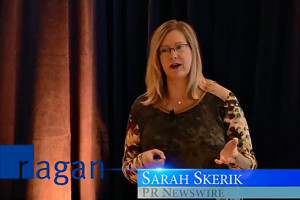 Hubspot recently posted an article about the press release being almost dead. The writer was saying that he deleted almost all press releases he received as a reporter.

Now Sarah Skerik, vice president of content marketing for PR Newswire is claiming the opposite. But she also underlines the importance of modernizing the press release to fit the communication habits of today. And I must say that I believe Sarah’s story much more than Hubspot’s.

According to Sarah you should:

Read Hubspot’s blog post about the press release being dead >>

Like 0 Thanks! You've already liked this
« Storytelling – the basics » 25 tips to punch up your writing